The Galaxy is a collection of stars that a subdivided into regions, sectors, and star systems, centered around what is believed to be a Massive Black Hole that generates the gravitational force that draws the stars together.

The current map of the Galaxy 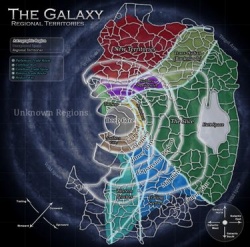 Regional Territories of the Galaxy

The Deep Core is the center of the galaxy and where the black hole is located. Also known as the Deep Galactic Core, it is full of unusual worlds, antimatter and some of the galaxy's oldest stars. Some stars are actually very close, some being near a half of a light year away from another which causes collisions and strange orbits. Due to these strange orbits and pulls, hyperspace travel is difficult at best.

The Core Worlds house some of some of the most prestigious, well-developed, well-known, and heavily populated planets in the galaxy. The Galactic Republic and subsequently all galaxy-wide governments were born in the Core Worlds and spread out over the galaxy. During both the time of the Republic and Empire, Coruscant, a major core world, was the Galactic Capital. The Humans are supposed to have originated from this region.

The Colonies is a region of the galaxy between the Core Worlds and the Inner Rim. It was among the first areas outside the Core to be colonized, and the worlds here were typically heavily populated, industrialized, and cultured.

The Expansion Region was an experiment in corporate-controlled worlds, with powerful corporations exploiting and profiting heavily from the planets for their Raw Materials. Inhabitants were oppressed while the corporations stripped entire stellar systems of all their resources. Eventually civil unrest spread from system to system. The Galactic Republic eventually took control of the system due to mounting pressure from its denizens by limiting or evicting corporate interests. Expansion Region worlds continued to be producers of raw materials and ores. Unfortunately, most of them were already exhausted by the time the Galactic Empire rose.

With fewer natural resources (and therefore a smaller population) than many neighboring regions, the Mid Rim is a territory where residents have worked hard for everything they have. Several planets have built up impressive economies, and pirate raiders often hide in the relatively unexplored spaces far from major trade routes.

The Outer Rim Territories is the last widely settled expanse before Wild Space and the Unknown Regions. It was strewn with obscure worlds, and rugged, primitive frontier planets.

Wild Space is the frontier of galactic society, separating the known parts of the galaxy from the Unknown Regions. The difference between the former and the latter wis that some of Wild Space has been explored, though not extensively, while the Unknown Regions remained mysterious.

The term "Unknown Regions" most commonly refers to the large, unexplored region. The Unknown Regions comprises of only a few billion stars, out of a galactic total of 400 billion. For reasons yet to be demonstrated there is a lack of reliable hyperspace routes through the region. The "Unknown Regions" designation includes uncharted areas in dense nebulae, globular clusters, and the galactic halo. Past the region's outer edge, is the hyperspace disturbance beyond the edge of the galaxy.

The mapping of the galaxy has evolved during aeons, shaping the systems and sectors differently from the actual maps due to the lack of proper instrumentations and different methods of calculations.

As an example, some very ancient maps are reported here. 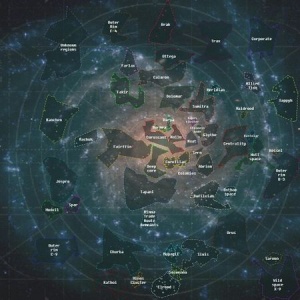 An old map of the galaxy. This version was used before the current era. 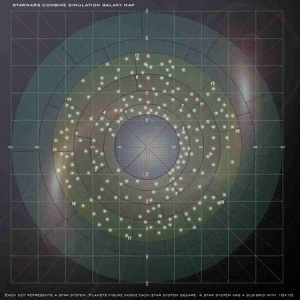 Allegedly the first attempt to map the galaxy. 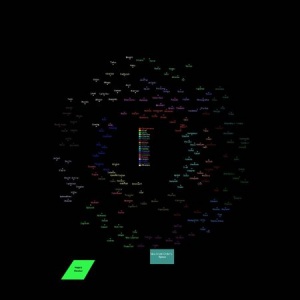 Probably the second mapping of the galaxy. Each dot represents a visible system but there were still many hidden systems.
Retrieved from "http://archives.swc-tnn.com/index.php?title=The_Galaxy&oldid=673"
Categories: