From Tresario Archives
(Redirected from TCF)
Jump to: navigation, search

Previously known as 1st Fleet of Tresarian Royal Navy, the fleet was renamed to Tresario Core Fleet after annexation of the Anzatan Commonwealth by the Tresario Star Kingdom in Year 15. The fleet was garrisoned in Toydaria system, Hutt Space before it was reassigned to Forscan system, Auril Sector. In Year 18, the fleet was reassigned once more to a mobile headquarter MC80 Home One Class Star Cruiser, TMS Ophanim. 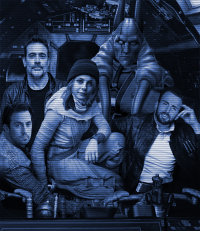 Operation: Windy Cadence took place at Planet Serocco in mid Year 18. The operation began as a training exercise by Tresarian and Galactic Empire military forces. Following the training exercise, the Galactic Empire forces returned to Imperial space, while the Tresarian forces remained to continue their training. During the late hour of the operation, Death Watch forces led by Peter Max was spotted advancing into Serocco System.

Tresario Core Fleet along with Anzat Core Fleet, were quickly dispatched to defend the local populace from Death Watch invasion and mobilized the droids army to meet Death Watch forces on the battlefield. The battle was proved in Death Watch's favor for the first two days, before the Tresarian forces turned the tide of the battle and gained momentum. Later, the Death Watch forces was overwhelmed by the endless waves of battle droids, and sought for a reinforcement from their allies, Zann Consortium. Predicted by the High Command, Tresario Core Fleet was assigned to held an outpost in the outskirts of the city to suppress Zann's reinforcements.

A system search operation was conducted for the third time, Operation: Blind Jump III took place around the end of Year 18.